Wondunna-Foley had an inspiring and loving childhood growing up with his family on the foreshore and coastal bushland in Hervey Bay – Queensland, Australia. He is proud of his cultural lineage. His Aboriginal mother is descended from the Butchulla (Badtjala) people of Fraser Island (K’gari) and his father is a 1st generation Irish Australian. During his early years he was nurtured with a positive affirmation toward life, grounded awareness of First Nation’s culture and many connective experiences living on Country (land, sea and sky). Embracing these opportunities enabled him to synergise a spiritual perspective together with a balanced view of living and being in harmony with all things and life itself.

'Everything is Connected – All is One.'

Throughout his adulthood he lived and worked in a variety of states in Australia and in various government and private sector positions. Helping others to meet their work-life challenges in Education, Telecommunications and Social Services industries. Eventually returning to his traditional country and undergoing what he calls - a “stillness journey of conscious-awareness”. He then spent many moments over several years studying and meditating on the transcendence of pre-existing thinking to a more profound state of being. He says that after some time, he then captured in words this realisation and awakened living. Staying on his traditional Country in Hervey Bay is where he began writing his first book. Here he continues to live, work and play where he grew up providing ongoing guidance to all in the ways of beingness - being One within and with all. 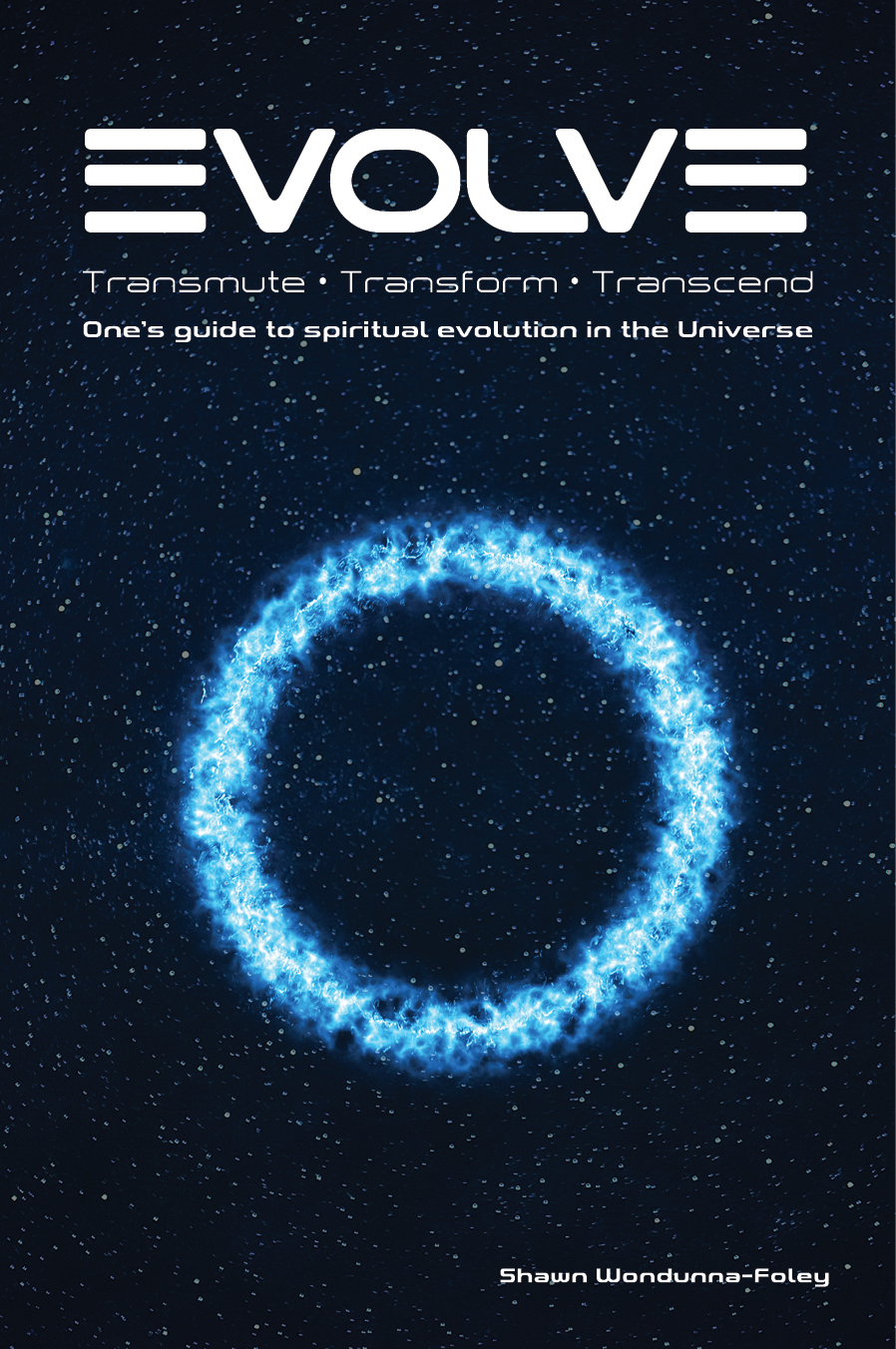 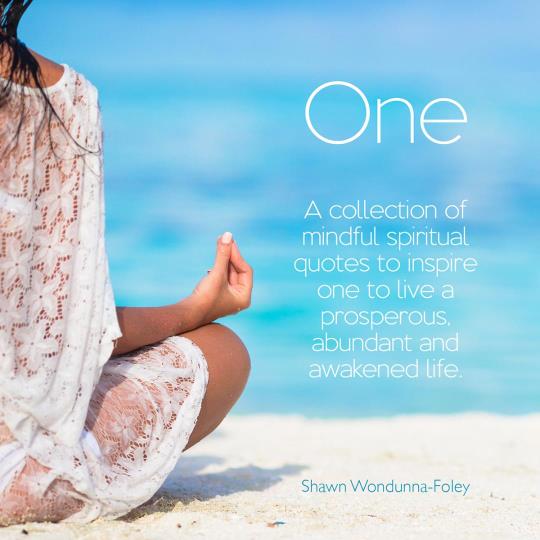 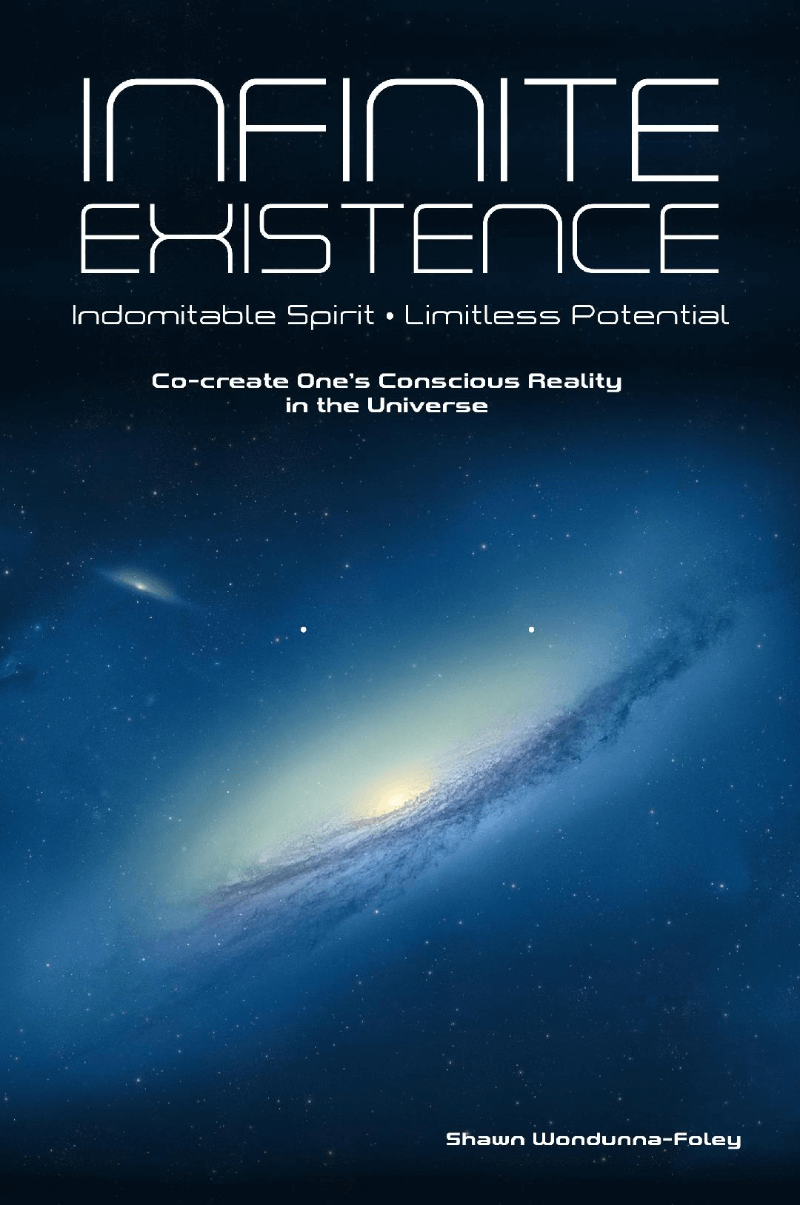 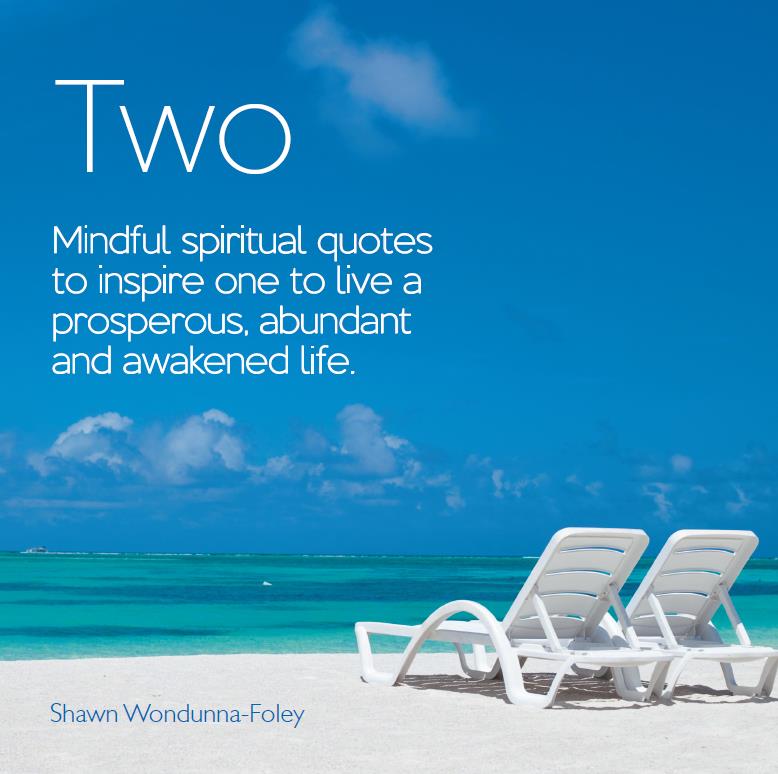 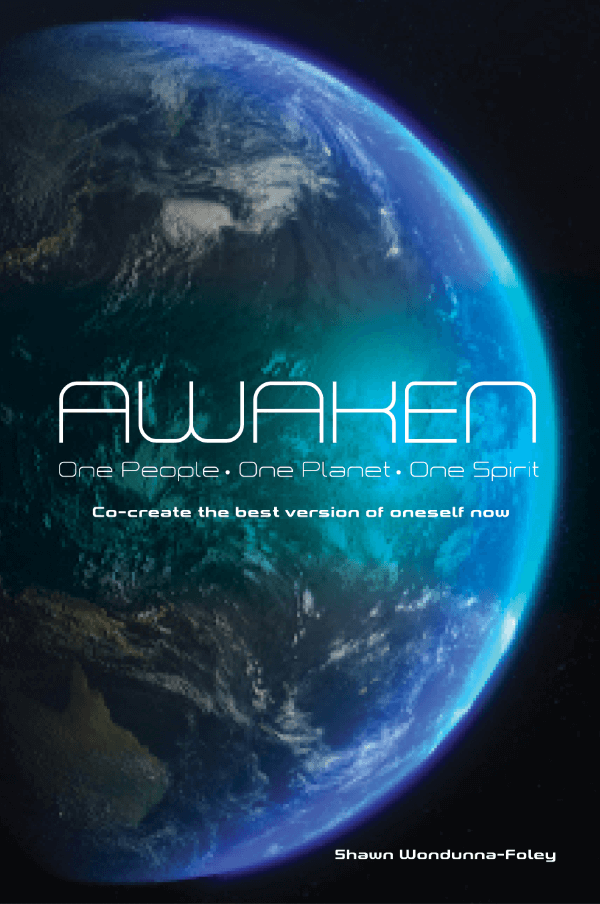 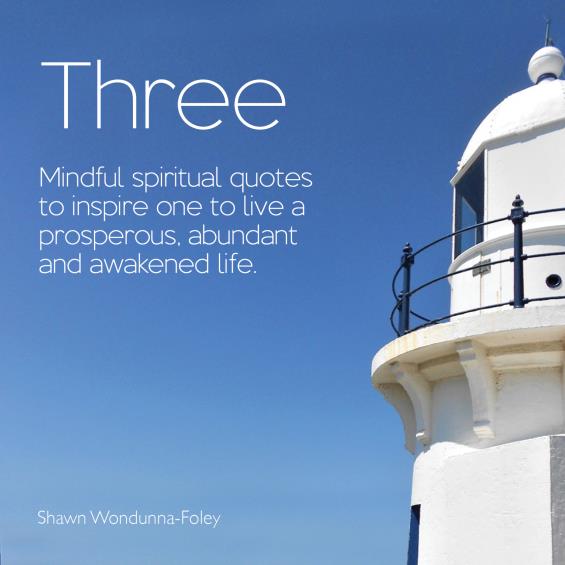 Imagine living a new awakened life now. Come on an incredible journey that will enable One to change, grow and transform One’s mind–body and living experiences on Earth. Learn simple and successful ways to consciously and mindfully manifest a prosperous and abundant future through co-creating the best version of oneself each day. Everything begins and ends with ‘One’ in the universe. Begin One’s awakening journey to become a ‘Bright’ — a spiritual warrior of light, love and oneness on the planet.

In this modern world, One can often feel overwhelmed by One’s thoughts, feelings and pressure to ‘engage and participate in life’. Friendships, family and managing work–life pressures to ‘fit in’, conform and be responsible can also adversely impact on One’s quality of life, living wellness and positive wellbeing. One’s ability to be the best version of oneself seems to be continually challenged by other people and simply living life itself.

Inner spiritual awareness and a deep knowing for One to just be and exist now has never been more important than it is today.

Shawn Wondunna-Foley’s inspiring mission log and awesome notes on planet Earth over a year gives One daily pointing’s, mindful ideas and spiritual insights about how to fulfil three important Mission Directives while living here on Earth. Awaken guides and focuses One’s thoughts and energies to co-create the best version of oneself while manifesting a new awakened life. Reading Awaken is a way to One’s inner path as an enlightened awakened citizen of Earth or ‘Bright’. It is time to fully embrace being spirit, soul or cosmic consciousness. One will become the divine centre point of One’s life and living experiences.

Wondunna-Foley explores important aspects of being an ‘awake’ spirit, enjoying mindful living and staying present in the moment. Today is the day to realise a new way to live and be on Earth ‘Now’. 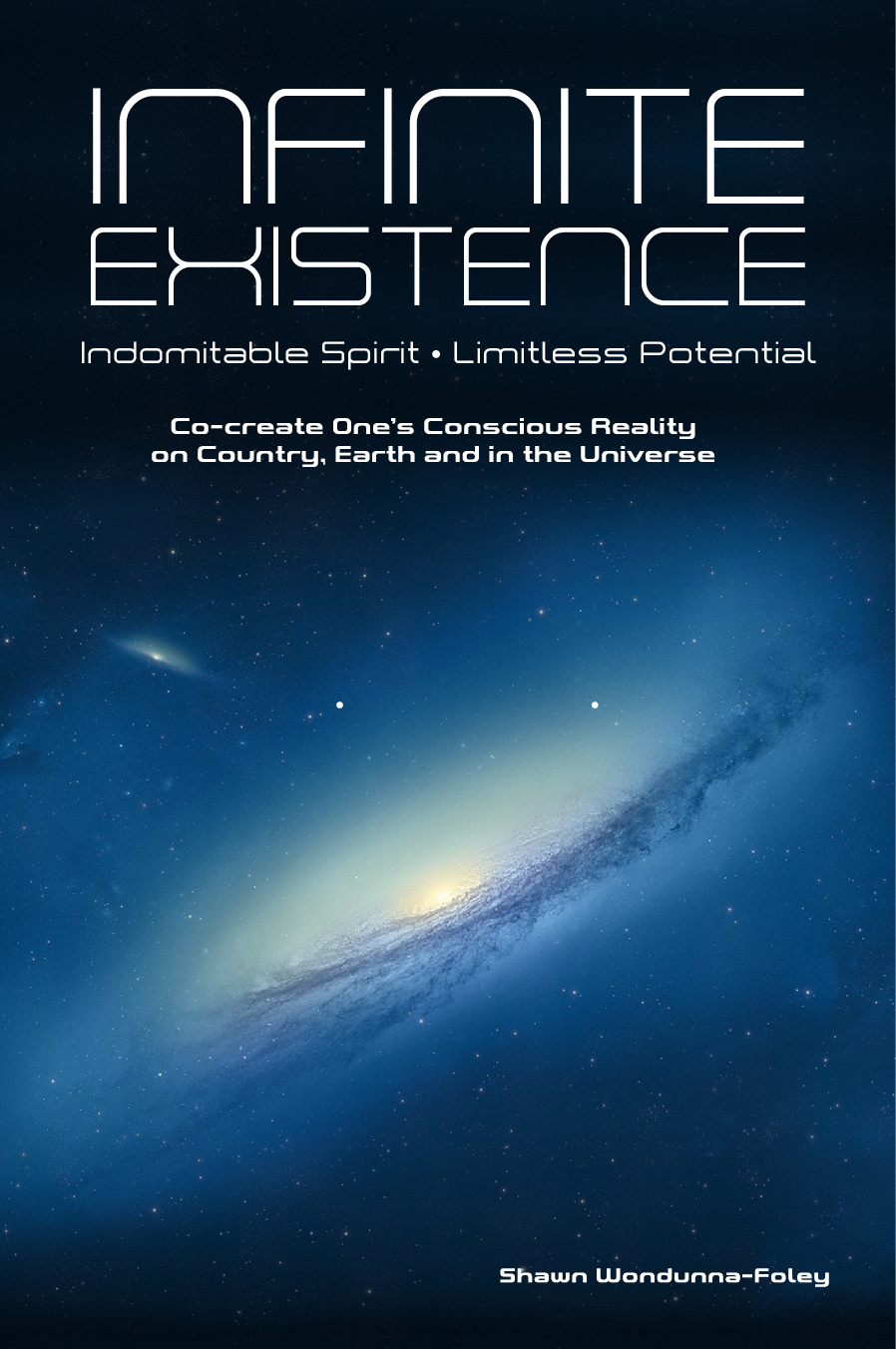 A must read for everyone who seeks to align with One’s spirit and co-create a new living reality on Earth now.

Want to improve One’s whole-of-life wellness and positive wellbeing that improves One’s entire life? The key to create deep, lasting and transformative changes is to know who One really is and be true to One’s spirit, soul or cosmic consciousness. It is this inner way or spiritual path which enables One to manifest a new reality in One’s life.

All that One seeks is within One now. One’s inner voice is a spiritual call to action. In a universe so vast and a modern world so ego-centric, it is easy to lose One’s way in the overwhelming white noise and chaotic busyness of simply living and being in the moment. It is time for a ‘spiritual course correction’ to One’s mind-body-spirit and life compass.

Shawn Wondunna-Foley guides One on an amazing journey of inner awareness, profound realisation and great awakening. Shawn shares simple mindful and spiritual pointings, processes and practices which will change One’s life and ‘the way’ One lives it now in the world and universe.

Infinite Existence is for all who choose to co-create a new spirit centred life, prosperity and abundance experiences and awakened ways of living and being on Earth for the benefit of One and all sentient Beings.

EVOLVE is an exciting, inspiring and powerful book on the subject of spiritual evolution in the universe. It is an intensely provocative and simple inspiring work that speaks directly to One’s inner light, love and oneness. It assists One to navigate the social chaos, mental constructs and personal complexities of contemporary everyday life. EVOLVE is a way to transmute, transform and transcend One’s current egoic lifestyle into a new spirit-centric future on Earth today.

An interstellar future living as a sentient Being on the planet and amongst the stars. A place where One can be One’s true and authentic spiritual self. It is learning to trust One’s spirit, the universe and ‘the way’ to awaken within and benefit all.

One exists with infinite potential to change oneself and in doing so the world. One’s spirit, soul or cosmic consciousness is a unique and special gift imbued with powers beyond measure. Working, living and being in vibrational alignment with One’s higher self is key to evolving into an incredibly awake sentient Being or ‘Bright’ on the planet. Now is the time to explore One’s spiritual existence and expand One’s consciousness into the universe.

Wondunna-Foley shares great insights into how One can manifest new experiences, relationships and lifestyles. A future destiny that is an integral part of a spiritually based type 1 civilisation on Earth. EVOLVE is a valuable spiritual guide to anyone who seeks the truth to co-create an awakened living reality on the planet now.

When one embraces one’s courage, kindness and compassion to look within oneself, then one will find one’s inner path to one’s truth and ultimate freedom in life. One’s divine destiny lies not in the destination but the journey to let go, awaken and be all that one can in this world – here and now.

Through one’s mindfulness practice, intuitive spiritual presence and a commitment to one’s inner spiritual truth, author, positive thought leader and public speaker Shawn Wondunna-Foley’s universal pointings provide a guide to transcend one’s contemporary limitations of mind–body to live a more prosperous, abundant and awakened life. Wondunna-Foley’s fresh perspective points towards a direct path to one’s inner spiritual presence, co-creating mindful manifestations and being one: one with oneself and one with all of humanity, life and the universe.

Free one’s mind from thinking about being somewhere else on the planet or in the universe and embrace living in this present moment here and now. When one is open to one’s truth, one creates a divine gateway to one’s spirit within. One will then directly experience the wonders and magic of one’s inner peace, intuitive alignment and eternal oneness. Be patient – everything comes to one at exactly the right moment and in the right way in life as it is meant to be – so be it now.

Cultivating healthy habits of mindfulness, and a spirit-centered approach to life, author, positive thought leader and public speaker Shawn Wondunna-Foley encourages all to embrace living a prosperous, abundant and awakened life through loving kindness, purposeful presence and compassionate ways. Wondunna-Foley shares new teachings, learnings, pointings and mindful practices which allow one to move beyond contemporary thinking and life’s challenges, and deepen one’s experience of the present moment and spirit within oneself.

Know that the universe has no fixed agenda; it is open to all that is now. It works in vibrational alignment with whatever one’s intention is in this moment. Whatever one’s mind–body believes to be true, then so shall it be. As spirit, soul or spiritual consciousness, all sentient Beings are intuitively guided by one’s divine inner peace and eternal silence. Look inwards to discover one’s outward journey in life.

Many people are seeking a way out of the noisy clutter and busy chaos in one’s life and into a place of calmness, clarity and contentment. Through inspiring positive change and meaningful moments of mindfulness, thought leader and public speaker Shawn Wondunna-Foley shines a light within oneself to reflect upon the divine oneness within all spirits, souls or sentient Beings in the universe. Journey with Wondunna-Foley as he shares new teachings, learnings, pointings and mindful practices that encourage one to break free of self-limiting thoughts and explore the inner space of one’s spirit and divine presence in this world.

Visit the Shop online and discover great value gifts, books and all things mindful and spiritual to inspire and excite One to live a truly prosperous, abundant and awakened life on Earth. If One only purchases 1 gift or book this month, please consider the unique options and special offers here today. 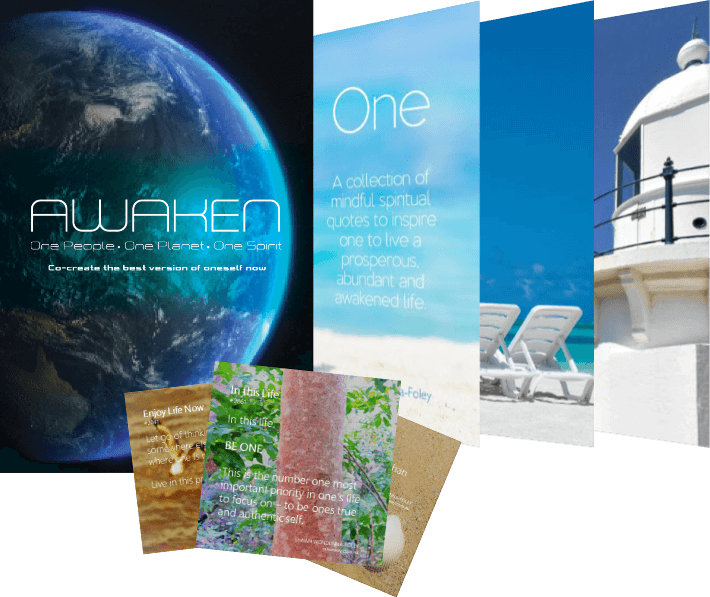